Forum Post / Reply
You must log in before you can post or reply to messages.
Current Page: 2 of 2
Re: N00bs questions on the turbo engines
Tuesday, February 13, 2007 7:51 PM
Amanda
Would there be anyway to mate the LT3 head to the Iron duke's block?

Re: N00bs questions on the turbo engines
Tuesday, February 13, 2007 8:37 PM
sharkey
no, 2 different engine familys. the lt3 is euro design and the duke is basicly half of a 305. basicly, the duke uses one small block chevy head, so you can imagine the aftermarket you could have for that motor.

Are you trying to say any small block head will work on the Iron duke? Have a list of heads and intakes that will bolt up?

Re: N00bs questions on the turbo engines
Tuesday, February 13, 2007 9:11 PM
Amanda
Ahh i just looked and you can't. That would have been SO cool if you could have.

Re: N00bs questions on the turbo engines
Tuesday, February 13, 2007 9:38 PM
J B
According to http://lt3engine.i8.com/info/dohccamswap.html its close. Its called the C20GET, but it says in many places the C20XE is the engine in production today, but just doesnt include the distributor and has different software. Id have to do some searching around to look for DIS conversions. I know its been done for smallblock V8s.

Thanks for the tip.

Re: N00bs questions on the turbo engines
Tuesday, February 13, 2007 9:40 PM
Amanda
Anyone know of any good places to get the LT3 head ported?

There is one I have bookmarked. Doesnt look like you can go very far with it, but gasket matched ports are always a plus.

If I can get my hands on a cranked head, Id really like to draw something up in CAD for a DOHC head and cast it myself.

Im def going to get my head ported and see about getting my turbo manifold done too.

Re: N00bs questions on the turbo engines
Monday, February 19, 2007 5:12 PM
J B
The Fiero had a dealer option in 88 that swapped a 2.0t instead of the V6, so its loosely stock for a Fiero. Its also almost as fuel efficient as the Duke.

The Ecotech is a pretty cool motor, but I dont want to go through the hassle of extensively modifying the console to fit the awkward shifter mechanism from the Ecotech. Unfortunately the Ecotech has a different transmission bolt pattern than the stock engines. Another limiting factor is cost. The 2.0t is a drop-in with me only having to put it on the cradle, wire it up, and change the shift cables/bracket to the Getrag type. There is also the issue with the ECM that I dont like, notably having to get a custom chip that is either good for economy or power, but not much of both.

Taking off the power steering pump, porting out the head to gasket size, equal length exhaust manifold (you guys know better than I about how much the stock exhaust manifold sucks), no cat and short exhaust. I could get maybe ~190 hp with that? Keep in mind thats what the best stock NA Ecotechs can do but with a DOHC head and a hot cam.

One thing about the ECM is that chips back then had no copy protection, so I could reverse engineer the code and upgrade to a more powerful processor and have tighter engine management. I am not sure about the specific processor in the Sunbird, but the Fiero 84 ECM couldnt run the engine and send ALDL data at the same time. That shows you just how slow the older processors are. Dont say its not possible, Im an EE major.

Re: N00bs questions on the turbo engines
Monday, February 19, 2007 5:42 PM
J B
Doing a little fact checking on the Ecotech swap, it seems the shifter mechanism was a modified Fiero shifter. The orientation of the shift bracket on the tranmission made it shift backwards, so he reversed the select cable direction. In reading the build thread, I found out that the trunk is useless becuase it has to be cut open in order to make room for the exhaust manifold.

Thats one reason why I wont use a Quad4. Thankfully, the 2.0t exhaust manifold is facing toward the front, so it makes it easy for clearance for the exhaust and its close to the air intake.

Whats that you might ask? If how I can mock up the DOHC head using CAD design. I can make the head in CAD, and then print it out and ram it in a sand flask. Then melt it out through a sprue and pour in aluminum. It is much easier than I thought it was going to be.

the 2.0l is sort of a forgotten motor in north america. over here, there are almost no performance parts. however, almost none doesnt mean none at all, and in reality, there is lots you can do with this motor.

i would recomend the 2.0l turbo over the 1.8l. the 2.0l is much more refined. the 1.8l was 150hp the 2.0l t was 165hp. im not sure of the 1.8l, but the 2.0l is a square motor, 84mm bore and stroke. the headgasket is an issue, however replacing it with an isuzu 2.2l gasket seems to work, or better yet, cometic makes a mls (multi layer steel) gasket that works quite well. these motors can make upwards of 350hp if built right. one site ive found is http://www.importperformanceparts.net/ for performance parts, under the opel stuff.

what about the opel??? well, this motor is gm's first global engine. it was built in brazil and used all over the world. versions have been used in opel, dawoo, pontiac (sunbird and grand am) isuzu and vauxhaul. in europe they are very poular. there are many different versions, all based on the same block. they range from 1.6l to 2.2l, 8 valve sohc, 16 valve sohc and 16 valve dohc, and yes, any top end will bolt onto any block. versions of these motors are still being used today, including the chevy optra and avao. at one point in europe they had the c20let (2.0l dohc turbo) that made 205hp.

Re: N00bs questions on the turbo engines
Wednesday, May 02, 2007 5:31 PM
J B
Done a bit more research and it seems that the Iron Duke and the LT3 share the same engine mounts and late Fiero tranny mounts. Thats going to make the swap much simpler since I have no experience welding.

However, are the BRACKETS that hold the engine mount the same? I'm talking about that U-shaped piece of metal. I supose I could always redrill or weld on a plate of metal if the engine sits higher or lower, but it'd just be nice for it to all fit perfectly. 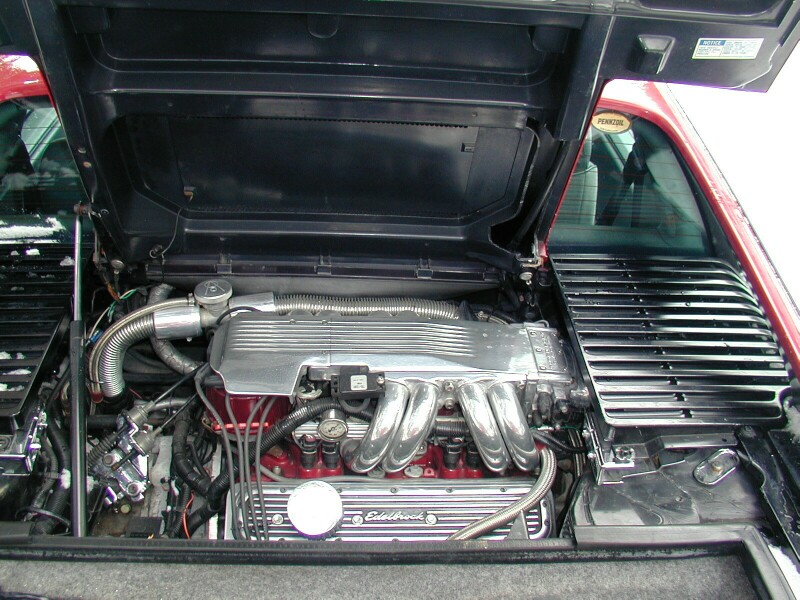 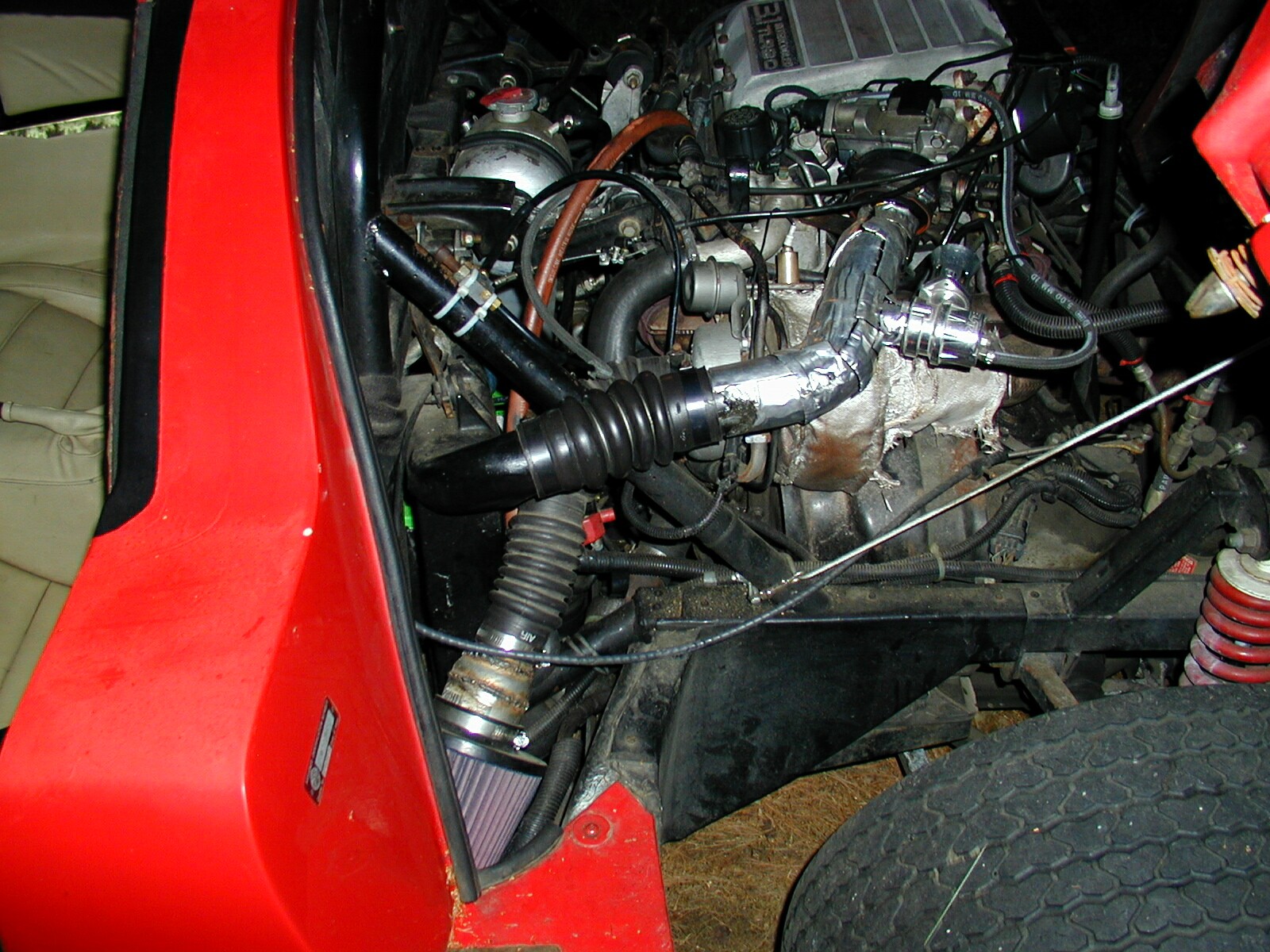 Just wondering if the 3.1 McLaren TGP motor would of gone well instead of a 350 V8

What kind of HP can you get out of these motors.... My Manta McLaren goes

What do the 1990 McLaren's top out at for speed given the stock computer and the 4sp with O/D trans?
Some have said only 145 MPH and then the computer shuts the fuel or spark down?

Re: N00bs questions on the turbo engines
Sunday, September 16, 2007 6:41 PM
slowolej
84 Fiero ECM can run engine and send ALDL data at same time in the sense that asking for ALDL data does not mean shutting the engine down. Processor is not responsible for "running" engine, it calculates injector and spark related values then hands those values to dedicated hardware. Processor speed is standard for HC08, HC09 family.

C3 Fiero ECM contains some code for boost control already. I've never heard of a dealer installed 2.0t engine, but GM never certified that combination with the EPA and does not have any calibrations dedicated to it.

P4 7749 Sunbird ecm is heavily "hacked." There are multiple versions of custom code floating around for that ecm. No need to re-invent that wheel. The TGP code is also hacked. It's very similar to $58 found in the 7749.

DIS on the Euro descent OHC engine is unlike common 7 notch GM North America DIS. Bosch design system on Euro engine is 40 tooth with one missing (or 40 notch with one missing, I don't remember which at this time). Simple solution is to remove stamped DIS wheel and replace with one machined with 7 notch design in combination with 2.0 OHV ignition module.

Dunno what is so "magic" about making a chip for power and economy. My turbo bird is able to achieve 30+ mpg on the highway and still supply 17 psi when asked.

Want OHC engine with DOHC? Get a Daewoo.
-->Slow