Forum Post / Reply
You must log in before you can post or reply to messages.
Current Page: 2 of 2
Re: 88 Wagon Update
Saturday, December 19, 2020 1:03 PM
manbearpig
Yea, I've got lots of scrap metal, going to make a cardboard template and patch in new metal. It isn't a J car (95 Grand Am), but looking at your engine bay I don't see much difference between my car and yours.

Re: 88 Wagon Update
Saturday, December 19, 2020 3:12 PM
butch nackley
Yeah, there are a lot of similarities between them. I didn't even notice your supports were not from a J.

Re: 88 Wagon Update
Sunday, December 20, 2020 3:13 PM
92Sunbird PuertoRico
Glad to see you guys back on here,( Orlen + Butch) thanks for the tip on the Toyo marker , was going to try the Sharpie paint marker I had forever in my cabinet.

My crap Sunbird still runs good, hit a big pothole and my windshield cracked and popped out on one side, was able to pop it back on , but the a pillers are rotted out and is in poor condition.

I'm retired completely now and been touching up the paint when I can, still holding on to the old J for a few more months till my wife gets her SSI , then we will get something else.

Re: 88 Wagon Update
Monday, December 21, 2020 3:04 PM
butch nackley
Hey Doug, good to hear from you. Glad you are doing well. Sorry about your Sunbird. Hope whatever you replace it with holds up as well as the J did.
Enjoy your retirement!

Re: 88 Wagon Update
Tuesday, December 22, 2020 3:15 AM
92Sunbird PuertoRico
Thanks Butch, looking for maybe a Murano AWD like my wife had in Arizona or a Cadillac SRX AWD.


It's only been 6 weeks, still trying to get used to getting paid once a month, hopefully I can get this house of ours finished this year since now I have all the time in the world now.


It's been going on 9 years now, so hopefully it will come true, I think I got more done in 6 weeks then the last 3 years.

Sadly it sounds like your Sunbird has done all it can do.

I understand Doug's situation. Mechanically my 3 J's are running just fine but the paint is tired on them, even the 3rd Gen now looking old. Getting an honest paint job is cost prohibitive and finding someone that will do an honest job at anything is next to impossible, much less body work and paint. It was sad to see Butch get ripped off with his sketchy door repair - but alas so so typical.... But so far I have fought the urge to move on from these older cars and get into something newer and prettier. I keep reminding myself the new stuff is far harder to tinker on once something goes bonkers. In this day and age people cannot afford to simply go out and buy a newer car because they are tired looking and driving what they have. Consequently, the stuff that is traded in has a darn good chance something is seriously wrong with it - being the reason it was traded in. Ironically it seems that body rust and peeling clear coat seems to be a more obvious reason to look at a car - meaning that just maybe the mechanical and electronics are still road worthy.

Butch is a very lucky fellow he has the space and expertise to work his magic. Every year fewer decent J cars out there and prices are starting to go up too......but then, I think everything is going up as well.

Re: 88 Wagon Update
Tuesday, December 22, 2020 11:26 AM
92Sunbird PuertoRico
Glad to see you on here Butch and Orlen ,Problem is with these cars is the drivetrain is bullet proof, body, interiors and paint are crap.

I do drive the old Bird a few days a week still, but not like everyday when I was working.

Maybe I can swap the drivetrain into a boat someday, but that's a big maybe.

Dang, your front suspension supports look amazing! Did you powdercoat them? I just blasted mine and am cutting out some rusty bits.

Thank you.
No, I didn't get my oven built, so everything was just paint. Next one I do, I'll be be sure to have the oven built and ready to use. I just didn't have the time on the this one.
I take you are going to weld in a repair patch? That should fix yours up very well. Please keep us up to date on your progress. We all love following other peoples builds.

Still needs to be cleaned up and painted, but I took two of three layers out and patched in new metal. First time doing it, think it turned out pretty well. 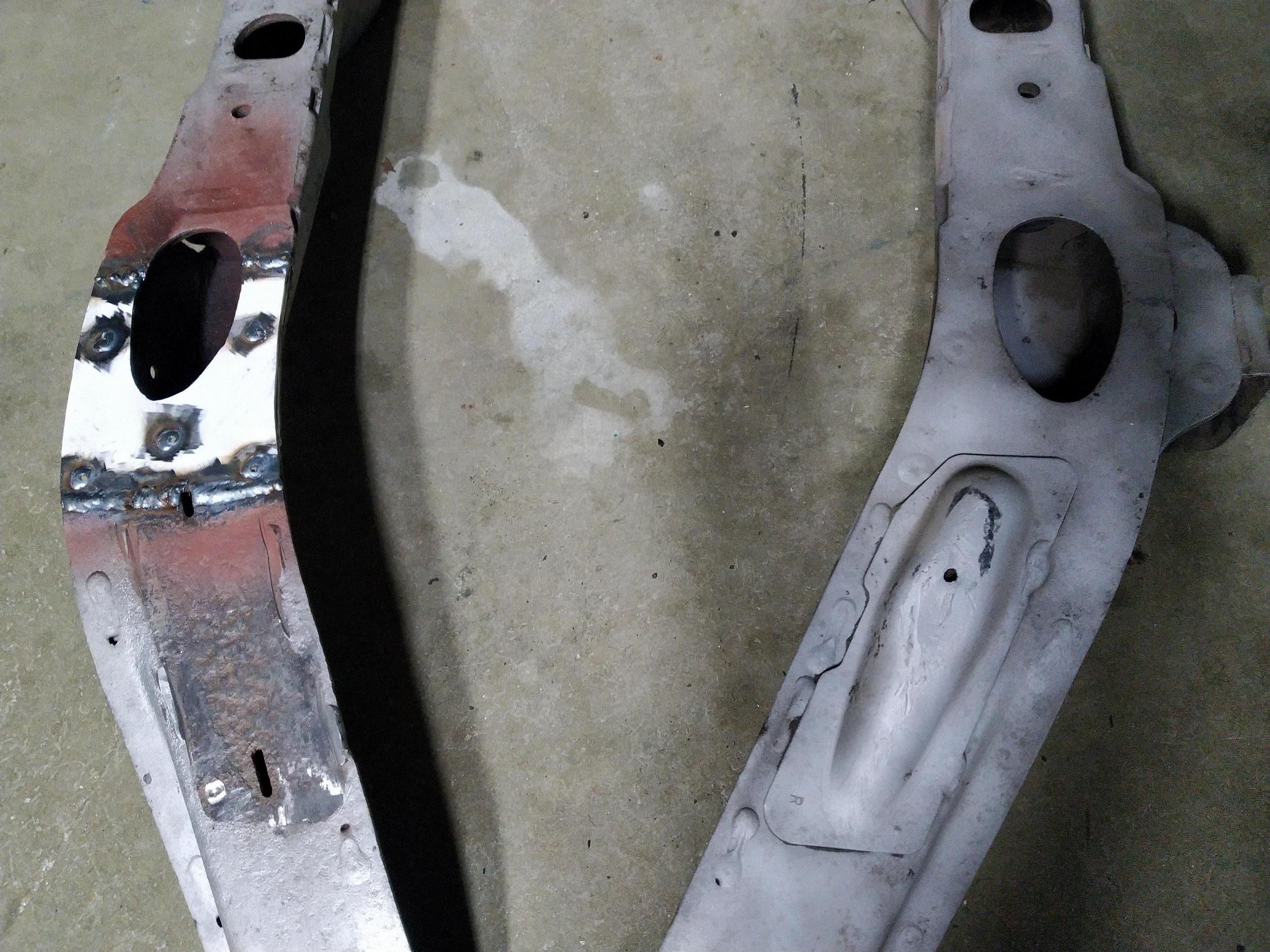 That patch looks like an old pro did it. Excellent work!

Thanks! It was all flat so that helped. Next is the firewall, that is going to be a little trickier.