Hood latch removal
Monday, May 20, 2019 6:48 PM
Kamui Storm
Searching for Hood pins and Hood latch yielded no actual process on how to remove the hood latch. Now, some said you can run the stock latch alongside hood pins which is cool but, I want to run just the pins. Plus, that's a good little bit of weight reduction I imagine?

I plan on using the inner hood stops as the hood pin location and so onto my question, what's all involved in removing the stock latch and in doing so will my desired hood pin mounting location change?

Re: Hood latch removal
Tuesday, May 21, 2019 10:32 AM
strat81
The latch assembly itself is 3 10mm bolts. If you want to remove the bracing as well, its a few additional bolts at the top of the core support and bottom. (Locations circled in red). It shouldnt affect your pin locations unless you were trying to mount them to the plate the hood latch is attached to. 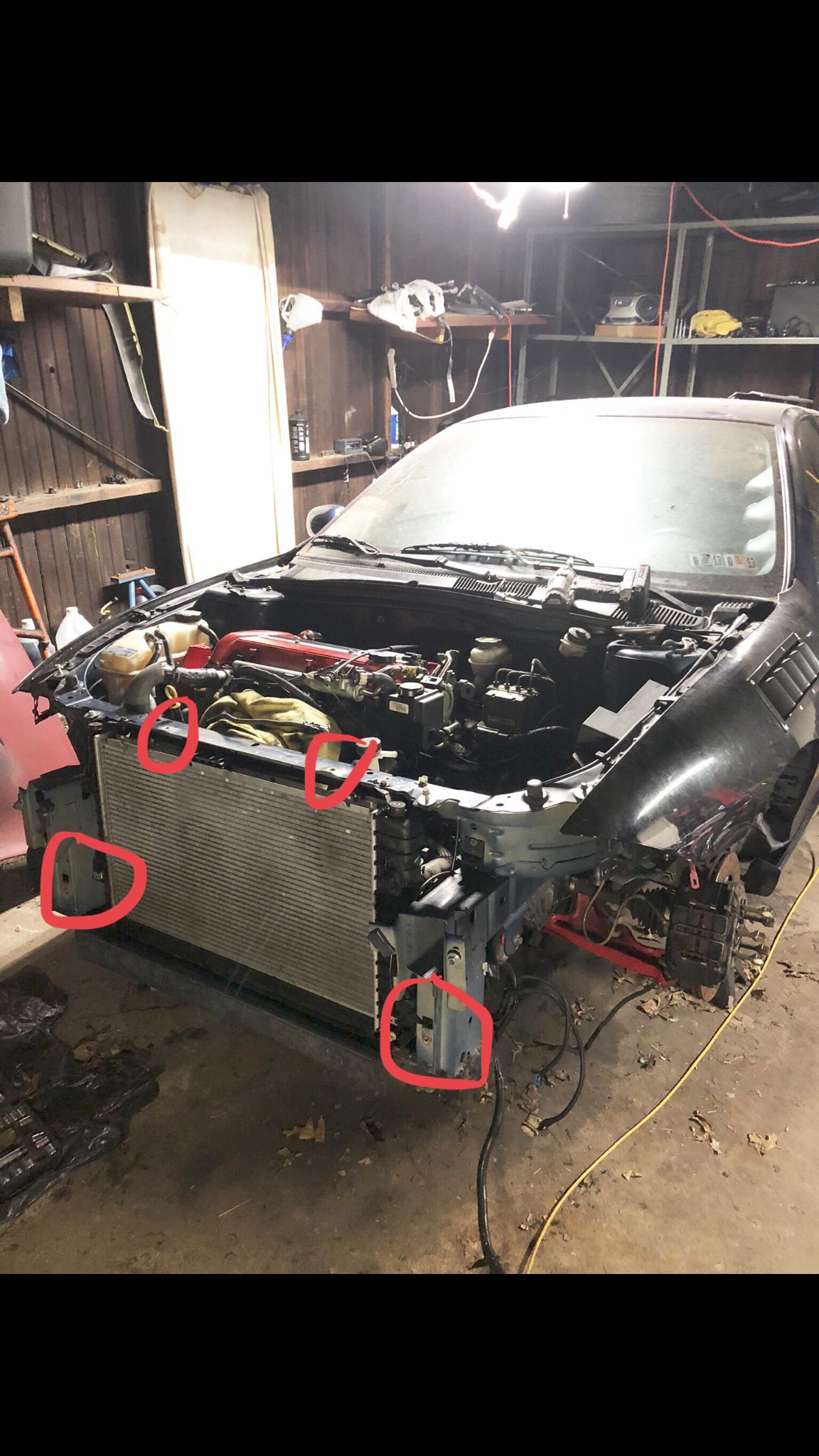 Re: Hood latch removal
Tuesday, May 21, 2019 11:01 AM
Kamui Storm
Awesome, thanks man. I'll probably keep the bracing as my front bumper, fenders and side skirts are all one piece(prior owner made them all one piece) and I don't want to have to deal with that headache just yet.

Nah, at least I don't believe the inner hood stops are connected to the latch plate? 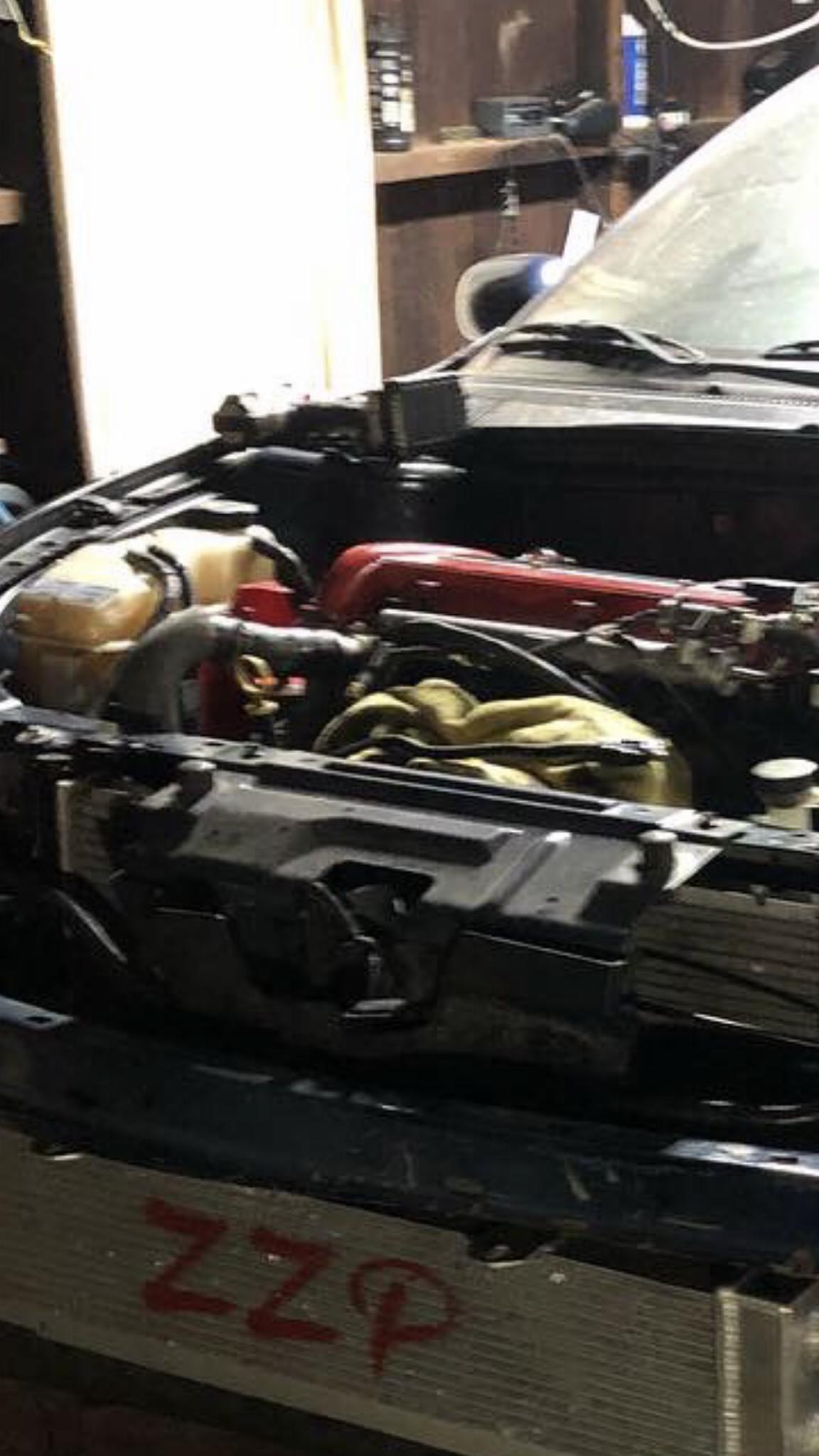 The inner stops are on the upper plate. You could remove the latch though and keep the plate. Or just remove the striker from the hood so it doesnt engage the latch.

Re: Hood latch removal
Friday, May 24, 2019 12:30 PM
Kamui Storm
That's what I ended up doing, removed the latch and striker. Tried the outer stops but couldn't get them to work even after drilling so said screw it and used the inner stops. Hood pins are installed and looking great. Appreciate the help