ive taken my dash apart over 20 times in the year ive owned this car. you dont have to pull the airbag fuse. if your very clumsy, or a n00b, then you might want to.

So im just alright with disconnecting the neg terminal???,i really didn't want to go throw that long process of unpluging etc repluging the airbags back in like it's on his website

another question for you,does that cover that goes over the air bag just snap of are does it come out with the dash in one pieace.

No, there 's two screws in the glove box that have to come out.


OBJECTS ON MIRROR ARE FORDS AND HONDAS

I told the guy just after i got ino the car...that my odometer light was out.....and he said '' I havent touch anything from that side, i just worked on the radio''.....i didnt know cuz i wasnt sure if when i even got there i still had the odometer light.....i might have mess it up myself when trying to put the radio....

I know, I'm dredging up an old post, but if you look back at my last post before this, you'll realize how long I've been gone.

As far as I can tell, there's something about taking out the dashboard that kills the odomoter backlight in our cars. It's happened all over the place. I'd even go so far as to say it's a design flaw on the part of GM.

I can't tell you why it happens, but the fact is that it DOES happen, and all you can do is to replace the light. In my case, I replaced it with some blue leds, which gives a cool effect, but is difficult to see during the daytime. I'll post back in a few with a picture or three.

It's not really that difficult to do if you know what you're doing with a soldering iron, and are careful with your guage cluster. I did have to cut the backing that holds all the numbers to get at the innards, but as you'll see, it's not very noticable. The hard part is getting the needles back on and pointing to the right place. The fuel needle seems to be self-resetting, as is the temperature guage. The speedometer resets itself to some extent, although I'd certainly run the car by a speed-checker or have someone follow you to get it right. It's easiest to do this while the dashboard is still apart, and possibly the guage cluster itself (I did this a couple of years ago, give me a break.)


Vehicle powered by the hand of God

I'm trying to give my buddy a hand with installing his deck into his '00 Cav. He knows very little about car stereo where as I've done a few installations on some domestics. I thought it would be a cake walk to help him until the lack of power to the deck because of the Class 2 wiring.

We researched it out and came accross this post and I understand what needs to be done now, however, I still have 2 questions:

1. I'm having an impossible time finding fuse taps in my area for some reason as i was going to go the easy route and just tap the wiper fuse. So I guess I'm left with going to the igniton wire. My question is, does anyone have any wiring diagrams, cause he does not have a Chiltons manual or something of that sort. Either that or if someone can confirm if it is the brown or orange wire. I'm getting mixed answers. Either that or I'm not sure if one is accessory power and one is ignition. Or are they one in the same? I just don't want to tap into the airbags or anything.

2. The face plate adapter does not seem to fit properly in my opinion. Im pretty sure it is the metra one. Are we supposed to used the cage that came with the deck, or do we take it off? (you know the one that has the flanges you can bend up to hold it in place)
Also, i'm assuming we can use the front trim bezel that came with the deck, assuming this is even the right plate adapter. Is this correct?

Any info would be appreciated as we are going to tackle this on the weekend. Pics of anyones install job would be cool too. SOrry for the long post.

as for the cage of the headunit, I used on mine, just bent the little taps from it to hold the radio in place

Re: 2000, 2001, 2002, 2003, 2004 radio info!
Wednesday, February 01, 2006 8:36 AM
Rob
I have a 2004 and purchased the Scoche adapter from walmart, with the built in chimes. It works pretty well. The only thing that sucks is when I leave the keys in it with the engine off, or if leave it with the radio on and the door open, it gets confused and will play the chimes while I am driving down the road. It is very annoying. I am probably going to go external amp on the mids and highs to get rid of that happening. I was thinking of finding out a way to keep it from sensing the door opening. I may take it back and try to find one of these 13 dollar jobs. I do not want the dang chimes anyways. It cuts my radio off when I am doing ebrake stunts in wet parking lots too. LOL

Anyone ever tried this adapter, or know of a fix for the above problem. It is about 45 dollars at walmart. Does what it is suppose to, but gets confused!

i did everything the same but i couldn't get my aux power to work...turns out i tapped into the wrong brown wire......12 gauge.....guess i should pay more attention to detail next time.....

WHY do yall think you have to run a alternative power source to the radio? i have a 02, and all i did was put both the power and memory wire together from the radio to the memory wire in the dash. All you have to do is turn the radio on and off manually. It works mine has ben like this for about 3 years now.

because turning it off manuelly is retarded...who wants to do that?

leave it on and come out to a dead car one snowy morning..you'll be glad you didn't run a 2 foot wire.

I am absolutely amazed. I have sat here reading this thread, and I just cant believe the ignorance.
I am an MECP certified installer at Best Buy, and I can't believe the crap some "professionals" are telling customers. I've been doing this for years, and I can't even begin to fathom how they can dish out such bull. We've never turned anyone away for some crazy crap like that. In fact, our deck installs are free if purchased here. We all know that there are no problems with the 2000+ cavys with the exception of needing to find an accessory source for the radio, and our harnesses come with a seperate wire and fuse tap. Metra 70-2003 part.

We have the Chime harness, But I tell people that all you lose is the chime and I wouldn't pay $120 for that. I used the 2003 harness for my own cavy, and believe me, I don't miss that annoying chime.

Insane. If I were a customer and had some "professional" tell me that crap, I'd give them a swift kick in the stomach.

It makes me sad that these people are giving our company such a rep. They train us VERY well and there is no excuse for such ignorance on the installers part. 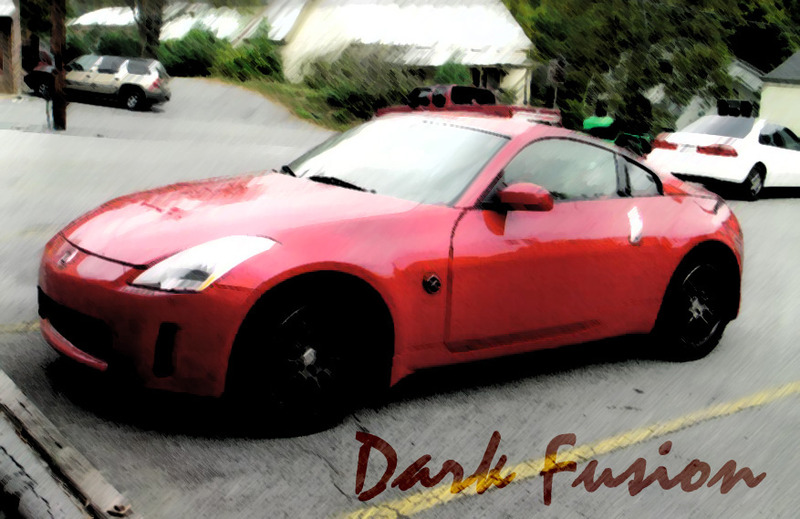 Re: 2000, 2001, 2002, 2003, 2004 radio info!
Saturday, January 27, 2007 12:33 PM
Dark Fusion
There. I do have to say though, in comparison to other makes, GM certainly tries very hard to make it much more complicated and difficult to install anything. I mean, first there is the antenna crap. Then there is the whole accesory wire thing. Because it was so hard for them to run a wire to the back of the radio...Not to mention how they have most of the Cadillacs set up...like 10 boxes in the trunk, all using identical connectors...then you have to find which one is the amp for the factory system. Then run wires and an antenna extension up to the aftermarket....


I love my cavy..but I really hate GM when it comes to this kind of stuff.